Jerome as it is Now…

The Jerome WRA Camp was about 130 miles southeast of the city of Little Rock, Arkansas.  There is almost nothing left of the camp that once held 8,947 Americans of Japanese ancestry for nearly two years. When the camp was built, the land was wooded swampland which local farmers had tried to convert to farmland. It is now part of large scale farmland, surrounded by forests, bayous, a short distance west of the Mississippi River.

The site of the Camp is on the east side of US 165, about 18 miles south of McGehee, Arkansas.   Approaching, you need to remain alert, or you will drive right by the granite monument that commemorates the Camp…

Here is the monument on a small square of land, just off Highway 165.

From the monument, looking to the North, on the edge closest to Highway 165. 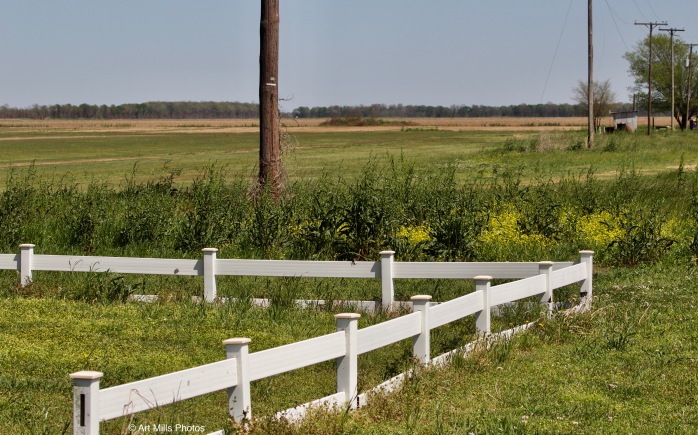 Looking to the East from the monument, toward the back of the property. The residential area would have extended all the way to the tree line.

Looking to the South from the monument, toward the end of the residential area, also along the edge of Highway 165… 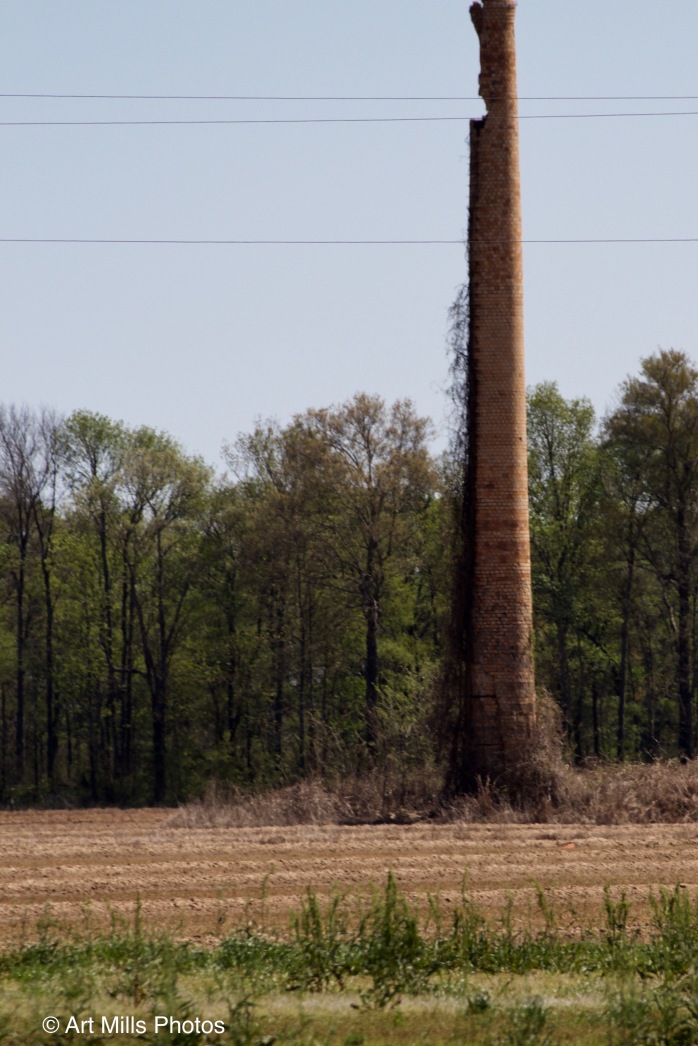 This is what remains of the towering smoke stack of the Camp hospital, located on the Southern edge of the residential area of the Camp.

“…the camp itself was located in a kind of swamp, a cleared out swamp. Because around the camp was a pretty high level… six or seven foot high levees, you know. And this area that we were in evidently, they must have drained it or something, you know. And then that’s where they built it because these were built off the ground, three or four feet, three feet maybe. Because when it rains in Arkansas, it rains like… like no tomorrow, you know, it just floods. And then on one side, the side next to the road, where the main road is, and the railroad tracks, there was no levee there but on three sides there was a levee. And then within the camp, within the block itself, there was a slight levee with a channel dug so that the water could flow out.”

Next time, we’ll explore what the Camp was like, through historical images and observations…

Thanks for continuing with me on the journey!

← Heading to Arkansas
Jerome As It Was →