We’ve seen the layout of the land… Now, let’s take a look at buildings and structures from the Tule Lake WRA Camp that are still there, intact, on the site.  There are many more of them than first meets the eye…hidden in plain sight… 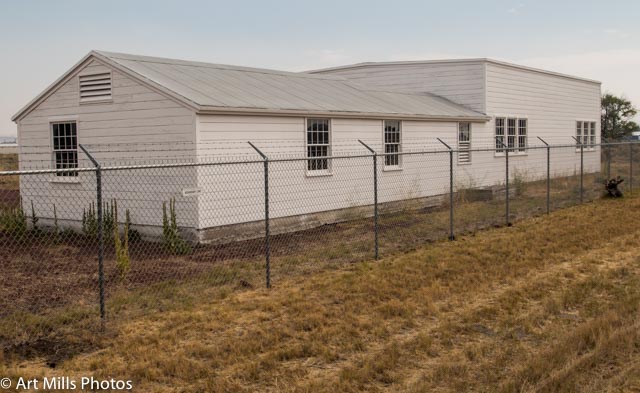 This is the Carpentry and Paint Shop.  The building has been beautifully restored by the National Park Service (NPS).  Since it is right by State Highway 139, this building may become the eventual NPS Vistors Center for the National Monument. 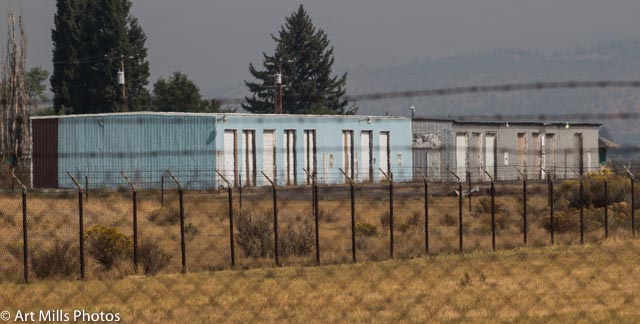 Nearby is the old Camp Motor Pool. Located next to the Caltrans Maintenance Yard, these two motor pool buildings were used by the County for a time.  Now, the buildings are within the 31 acres that is owned by the NPS.

Farther down Highway 139, one finds a collection of five large storage buildings from the Camp.  There is a railroad spur along side them, dating from the days of the Camp. I’ve captured the three largest of the buildings… 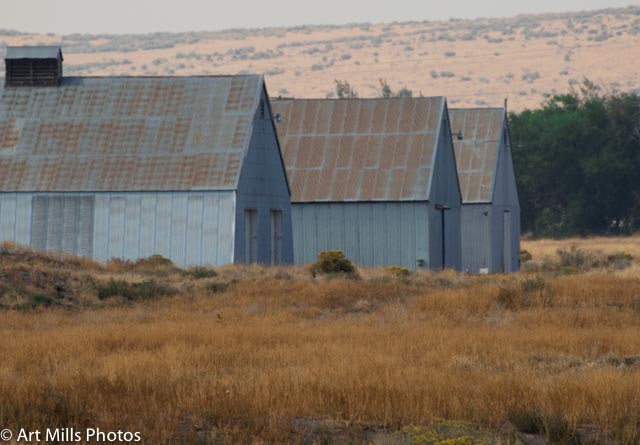 Massive in size, they are in good condition, and have been in constant use since the time of the Camp. 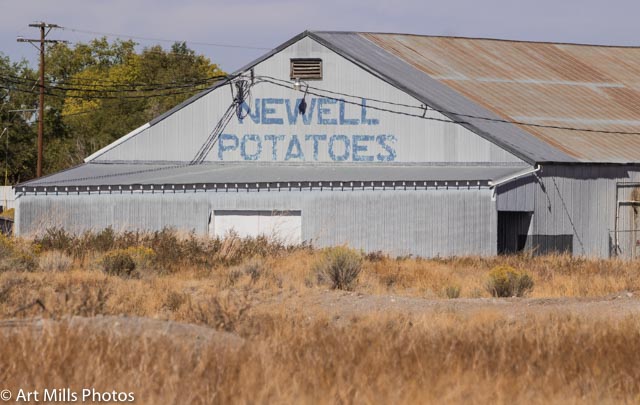 The Federal government sold the five buildings to a local agricultural business shortly after WW II.  Apparently, discussions have been under way to return the buildings to NPS ownership.  They would be a huge addition to the Camp site and to the NPS interpretation of it.  There are two private residential neighborhoods on the former Camp site. One is not far from these storage buildings.  One is back where we started today’s part of the trip.

Just east of where we started at the Carpenter Shop, is the location of the Camp’s Military Police (MP) Compound.  In this area, we see a small  neighborhood.  The neighborhood lives on the same streets that were there for the MP battalion.  Most of the homes in the neighborhood are clearly made from the Camp’s MP barracks.

Here are photos of three of those homes… 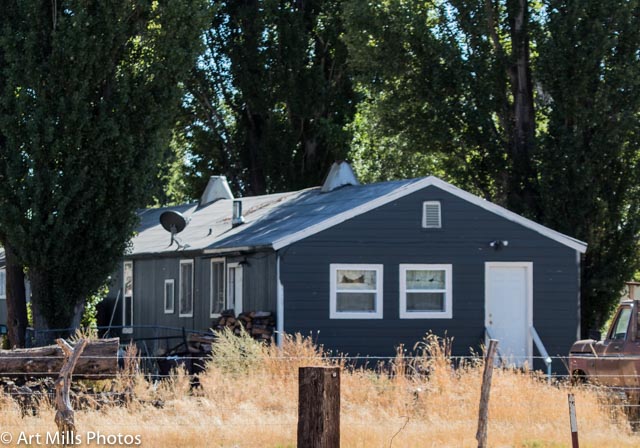 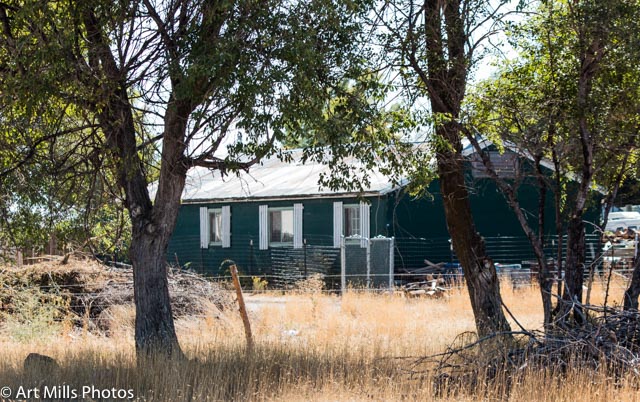 Earlier, I mentioned Camp infrastructure… This twenty five cent word is part of our country’s political discourse.  Never a glamorous subject, infrastructure was essential to the operation of this prison Camp full of 20,000 people.  The Tule Lake WRA Camp required streets, power, water, and of course a sewer system.  The sewer pipes at this Camp were connected to a structure invented by a German engineer, Dr. Karl Imhoff, in 1906.  Called an Imhoff Tank, it was commonly used in the U.S. through the late 1950s.  The one at the Tule Lake WRA Camp served the needs of the 20,000 people there and was later used by the Newell County Water District, perhaps into the very early 1970s.

I spoke with a man who farmed for twenty years on land in the eastern portion of the Camp (just east of the current Tulelake Airport).  He said that occasionally, the Water District would flush the system and the lids throughout the area would pop up, always a startling moment. 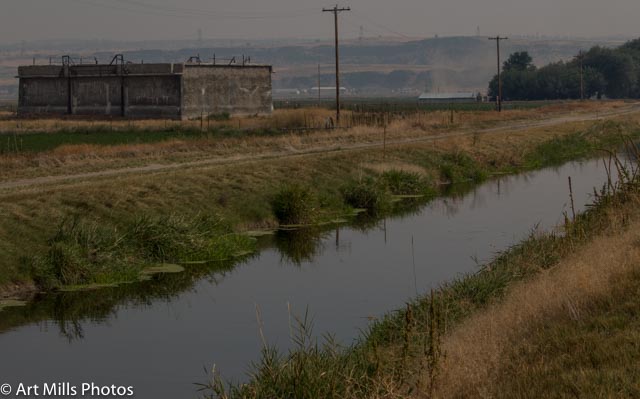 This is the Imhoff Tank that was located on the northern edge of the Camp.  It was connected to large effluent beds and a sludge bed.  There was a second Imhoff Tank built when the Camp was expanded, but it was never put in use.

The Tule Lake WRA Camp… is in the middle of nowhere.  That’s true for most of the WRA Camps. This is in part due to site selection criteria that included: ease of acquiring federal ownership or control of the land; suitability for agriculture; availability of water; a large amount of land; and, distance from the West Coast population centers.  Now as then, it is easy to miss or to forget that this huge site is even there, let alone that over 18,000 Americans (most of them U.S. citizens) were brought here against their will and without due process. The remote location makes it even more difficult for us to rebuild our collective memory and conscience.

My journey continues…  Next, I’ll look at some of the remnants of the Camp that are visible if one digs just a little bit.  Thanks for coming along with me… I hope it is worthwhile for you.  I appreciate your being there!

Grace and Peace to you,

← Getting the Lay of the Land
Mysteries… →